Our initial foray into the retail baking world began with us opening the Biggar Flavour bakery on Biggar High Street in 2011. We had an exciting eight years in the bakery, with our expansive patisseries counter delighting customers, and our bakes being recognised in various awards. We made the decision to close the retail bakery in 2019, focusing our business into one premises, with our baking still on offer in The Orchard! We are now able to make our baked goods available across the UK with it all being available for delivery in our Boxes of Sunshine. Our baking includes packed biscuits- oatcakes, crackers & sweet biscuits; individual traybakes, brownies & biscuits.

Two of our biscuit varieties recently gained acclaim in The Great British Food Awards 2021. Our Completely Cheesy Oatcakes were judged the Best Savoury Biscuit by none other than Michel Roux Jr having been sent to his restaurant Le Gavroche for judging! And our Luxury Scottish Butter Shortbread was tasted by Martha Collison, previous contestant on The Great British Bake Off and awarded Highly Commended– one of the top three- in the Sweet Biscuit Category.

Our packed savoury biscuit range also includes Onion Oatcakes, Porridge Oatcakes and Savoury Cheese Shorties. We also have Oaty Oatcakes, Herby Oatcakes and Chia & Ginger Oatcakes which are made using plant based ingredients, as are our Seriously Seedy Crackers, Cobber crackers and Salt and Pepper crackers.

Other varieties of packed sweet biscuits include include Highlanders, and vegan biscuit packs which will vary but include Cocoa Shorties, Empire Shorties, Vanilla Oaties and Chocolate Oaties.

Our individual bakes selection which feature in our Boxes of Sunshine varies from the most popular treats previously found in the Biggar Flavour counter, as well as new recipes. Some of the regular favourites are:

We also always have a “sweet treat” option made with plant based ingredients and also a gluten free option.

Our Sunshine Boxes contain a varied selection of our baking each week and can be sent around the UK, delivered locally, or collected in the shop.

We can also still make up simple sponge birthday cakes to order. 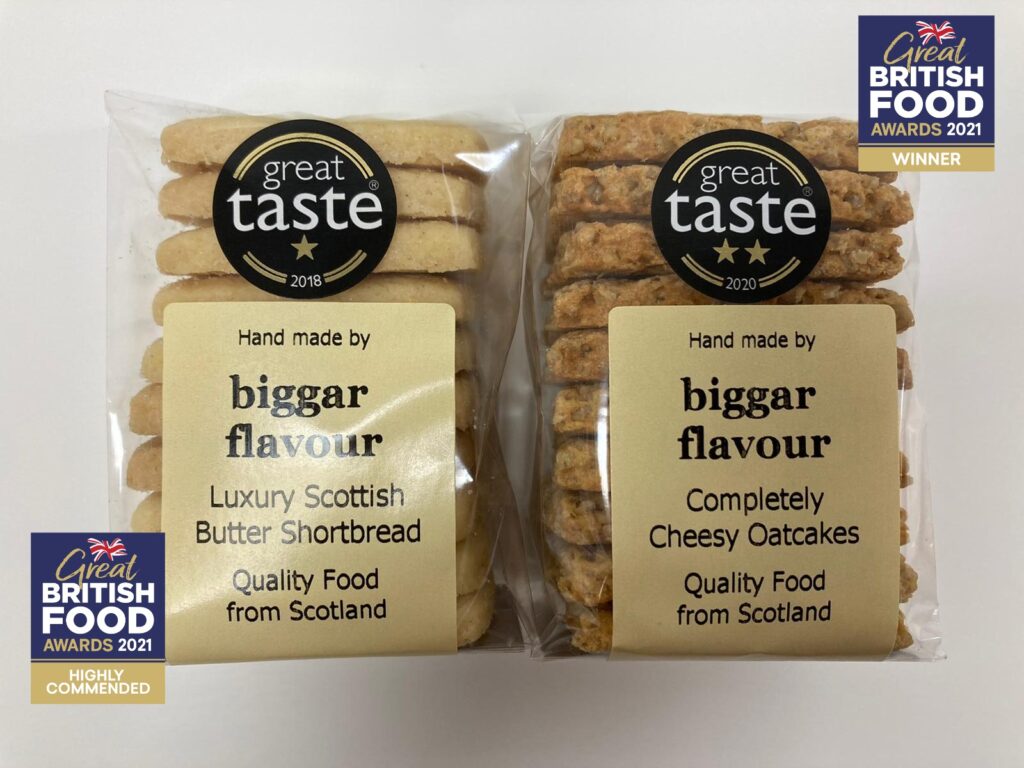 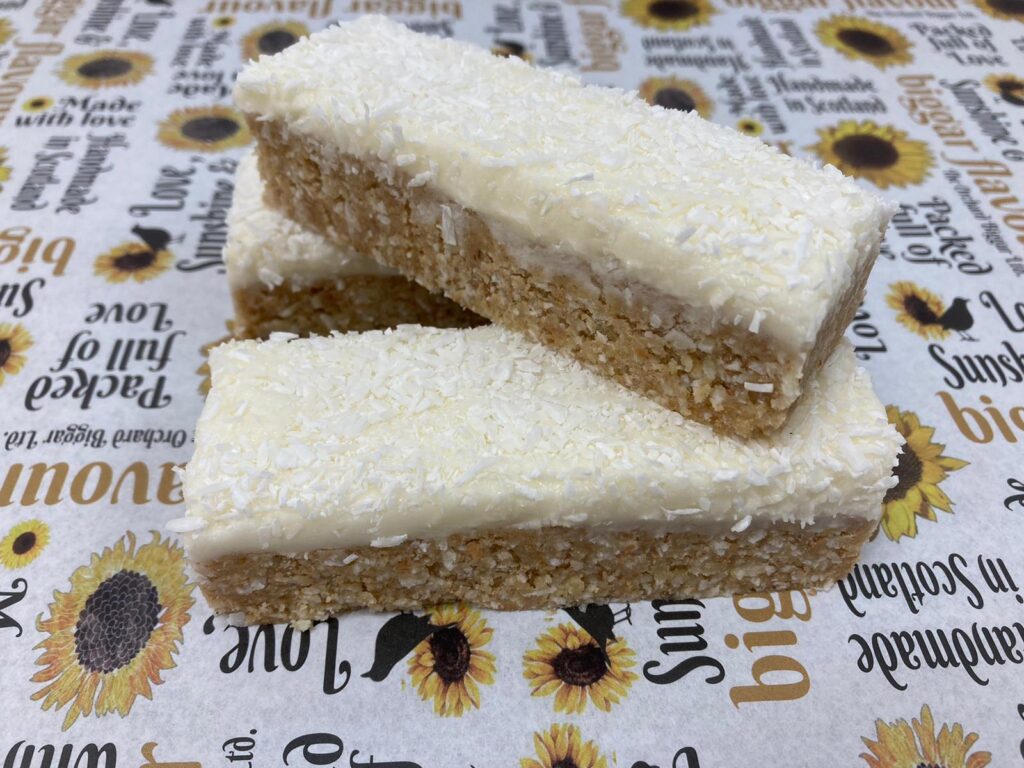 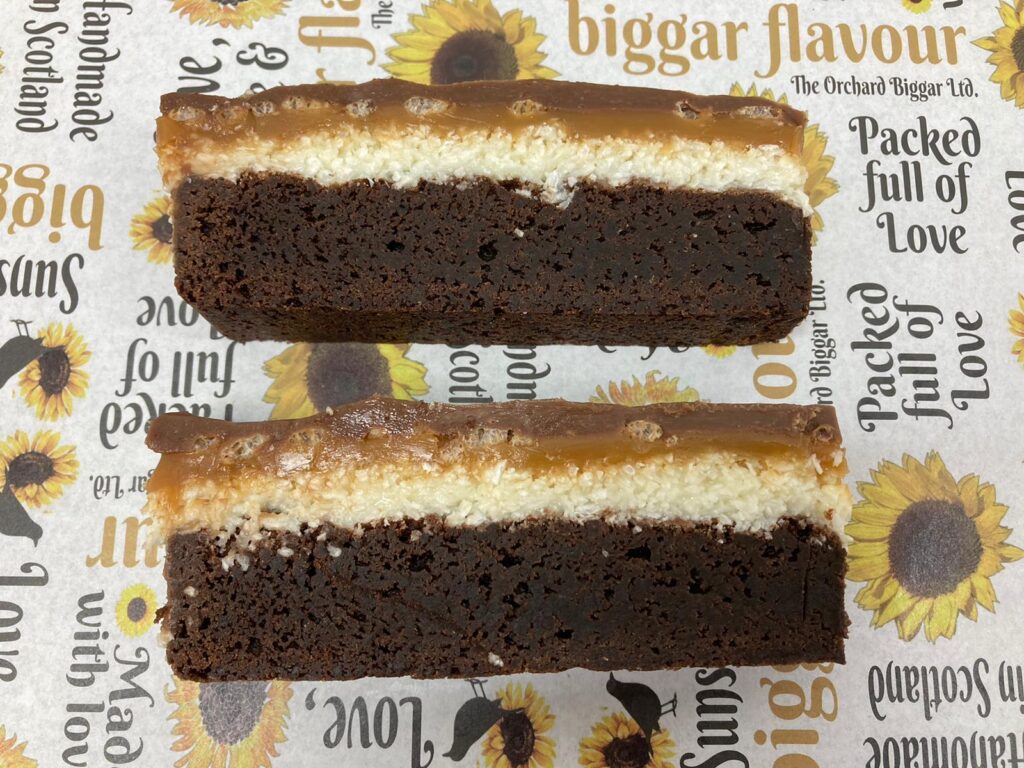 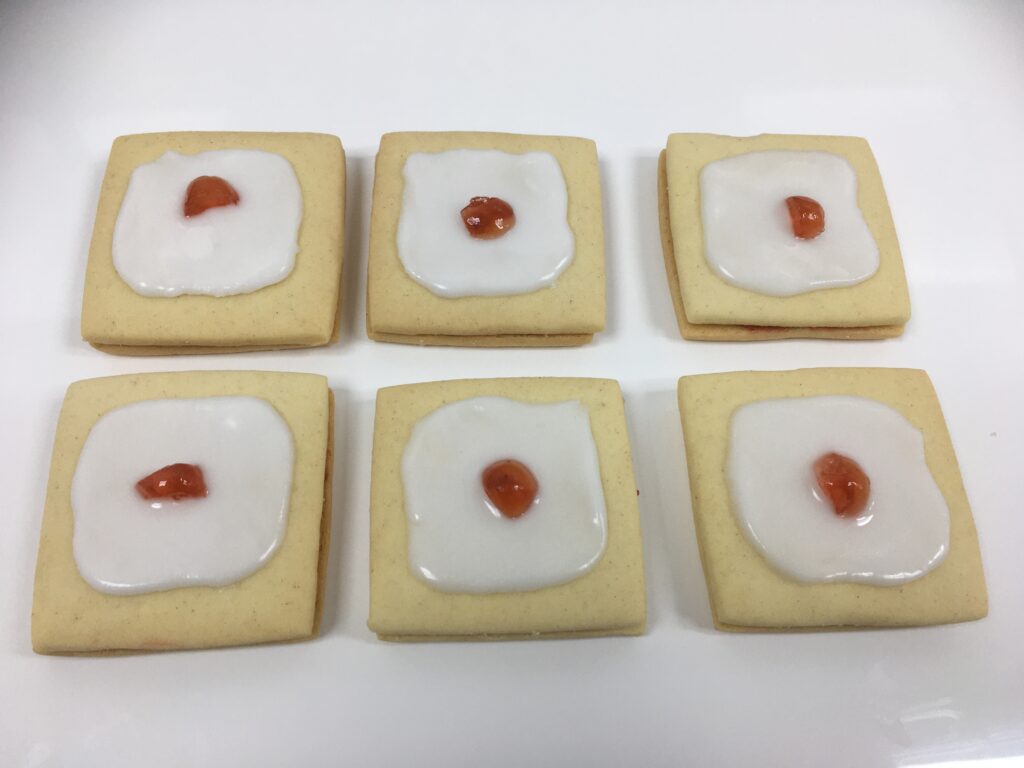